Top Ten Tuesday: Bookish Items I'd Like to Own.

Hey guys! It's time for another Top Ten Tuesday!


Top Ten Tuesday is an original feature/weekly meme originally created at The Broke and the Bookish, inviting bloggers and readers to list their top ten for a certain category. Top Ten Tuesday has now been taken over by That Artsy Reader Girl and all info can be found here if you want to take part! 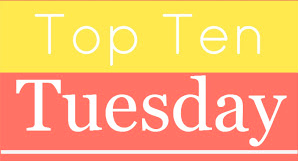 Today we've been given the prompt of  bookish items we'd like to own, so rather than picking actual items I can buy, I've gone with things from books that I'd love to own, or bookish items that don't exist to buy, if that makes sense. I hope you enjoy!

1) The 'Shine A Light' books from Heathers: The Musical - In one of the songs, 'Shine A Light' all the teens have these awesome Westerberg journals that light up when you open them. I know you can actually buy the light up books, but I'd love a Westerberg one.

2) Enjolras' Waistcoat - Sort of from the musical more than the book, but in every iteration Enjolras wears a red Waistcoat/Blazer, and I just really want one.

3) Lila's Mask from A Gathering of Shadows by V. E. Schwab - Because Lila.

4) Eveny's necklace in The Dolls by Kiki Sullivan - It sounds so pretty!

5) Wing's trainers in Wing Jones by Katherine Webber - They do technically exist as the author has a pair but, they're just so cool!

I could only think of 5 though so, sorry! I hope you like my picks though.

Which items would you want? As always feel free to leave a comment below or @ me on Twitter!