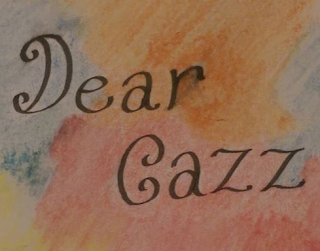 It's been an awful week hasn't it? This weather has been absolutely crazy! I don't know about you but I'd much rather be curling up with a good book and a brew. Hopefully it will all go away sooner rather than later, eh?

I've already spoken about how amazing Les Mis is but we had extra awesome news this week; there's going to be a UK tour! No cast details yet though I'm praying for some of favourites but either way it will be in Manchester next March! We 1000% have to go!!! In the meantime I'll be back at Queens in a little over a week and I can't wait. Yes, I'm addicted, so what?

War of the Worlds with Carrie sounds amazing! I'll admit I wasn't terribly enamoured of the DVD, especially as I bought it for Kerry Ellis who was Beth, and she didn't have the biggest role, but I might have to go for Carrie. Because, you know, Carrie.

My last read was Renegades by Marissa Meyer which was incredible. You know me so you know I love anything and everything to do with superheroes. This was like Young Justice but even better, with morally ambiguous characters to boot! You should definitely check it out.

Blogging has been so-so. I'm trying to get back up to date but honestly it's a struggle. My motivations kind of at a low and I'm feeling really stumped about life stuff *Sigh* Maybe this weekend and next week will be better?

Lastly, my current read is State of Sorrow by Melinda Salisbury. You also know how much I love Mel, so this should come as no surprise. It's honestly amazing already. You need to read this one too!

Posted by TheArtsShelf at 23:01
Email ThisBlogThis!Share to TwitterShare to FacebookShare to Pinterest
Labels: Dear Cazz, Letters Between Friends