Hey guys! It's December 2nd and that means it's time for another movie review! Yes, it's December Blitz time! WOOOOOOOO! 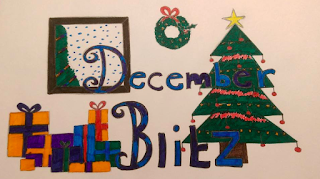 This time I'm reviewing Last Chance for Christmas which I watched last weekend on the always festive Christmas24 channel! 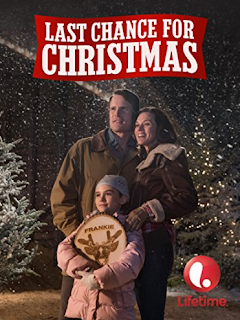 "Santa's stockman has to find a replacement for an injured reindeer. When he locates one, complications and love ensue."

I absolutely loved this movie. Yes it again was your typical cheesy Hallmark movie, but aren't they all and don't we love them all the same anyway? For me watching these films are 100% a part of Christmas, even if they are all quite predictable.

Last Chance for Christmas tells the story of John, Santa's stablehand, who's much more used to be able to communicate with animals than people. When Prancer injures his hoof John is forced to find a replacement reindeer in the few days remaining before Christmas Eve, but this unfortunately means traveling to a little town in Alaska to speak to the owner of a Reindeer farm there. John is not good with people and this makes for some hilarious first encounters with Annie, the old ranch owner's daughter.

Of course sparks fly but there's the old Mr Buckley to deal with first, who wants Annie to sell the farm to him so he can build a ski resort. He promises to make all her money troubles go away, but Annie also has to think of her daughter Maddie and her special connection to the reindeer, specifically Frankie. In true Christmas style John is there to offer support and help save the day, even if it isn't always easy.

There was so much Christmas joy and magic in this movie it was infectious and really got me into the Christmas spirit. It really was just a fun story to watch unfold with a cup of hot chocolate and a thick duvet. My only negative point about it really would be that Mrs Claus is a little bit immoral in some of her actions and the choices she makes regarding the problem of getting a replacement reindeer. In the end Maddie forgives her very easily because, of course it's Santa's wife, but it begs the moral implication of 'there were no consequences because of who she is'. Then again it is a Christmas film I suppose, but it just didn't sit quite right with me.

I will praise John's character however because it's one of the few instances in a Christmas film where the male character isn't all swagger and charm but actually suffers from social anxiety and communication issues, which I thought was very well done.

Thanks for reading and as always feel free to leave a comment below or @ me on Twitter!