I love musical theatre. I love the swell of voices, the stomp of feet, the rhythm that builds to a crescendo. I love musicals that whisk me away and don't let go until the curtain falls, and Newsies was just that. 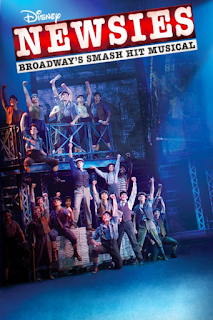 Set in New York City at the turn of the century and based on a true story, Newsies is the rousing tale of Jack Kelly, a charismatic newsboy and leader of a ragged band of teenaged 'newsies,' who dreams only of a better life far from the hardship of the streets. But when publishing titans Joseph Pulitzer and William Randolph Hearst raise distribution prices at the newsboys' expense, Jack finds a cause to fight for and rallies newsies from across the city to strike and take a stand for what's right.


One Sunday in February I got the opportunity to see the filmed Broadway show of Newsies, staring original cast members Jeremy Jordan, Kara Lindsay, Ben Fankhauser and Andrew Keenan-Bolger, in the cinema. Simply put, it was incredible.

The show itself is a rousing story with riveting numbers that nearly almost had me on my feet in the cinema, dancing along. The story is powerful, moving and really tells a story that can easily be translated into situations today. Newsies is a story of power under adversity, wholly relatable, and yet is fun and engaging at the same time. It is a show that both teaches and entertains.

The production itself is mesmerising, with only 5 or 6 main set-pieces that are moved and moulded to fit each scene so efficiently it's as if they're dancing themselves. It truly makes you feel like you're in New York, and with no fade outs between scenes, effortlessly keeps you engaged in the story.

The actual dancers meanwhile are simply phenomenal. Quite clearly some of the best in the world, their talent and dedication is clear to see and a joy to behold. They give the story an undeniable pulse and weave the scenes together seamlessly with such ease and grace.

The soundtrack being composed by Alan Menken was always going to be phenomenal, but I was surprised how so. Raw, passionate ballads such as Santa Fe mixed so easily with the broad strong chorus numbers (The World Will Know) to balance so beautifully. Newsies is certainly a treat for the ears as well as the eyes; no mean feat and certainly punctuated by the wonderful vocals of the chorus but - moreover - the main cast.

Kara Lindsay was a new talent to me, but her voice is phenomenal. Though I loved her character Katherine's duets with Jeremy Jordan's Jack, it was her solo (Watch What Happens) that really proved her talent on-screen.

Ben Fankhauser and Andrew Keenan-Bolger were also new voices, but they add such a wonderful dynamic to the cast in both character and their unique vocals. Fankhauser shone in 'Seize the Day' while Bolger's new (Not on the original Broadway cast recording) solo 'Letter from the Refuge' brought tears to my eyes.

The voice that was most surprising and delightful however was the one belonging to Jeremy Jordan. Being a fan of Supergirl he was not a new talent to me and was partially how I found out about the movie, but if you've seen Supergirl you may agree that Jordan's Winn doesn't look like he could burst into song. To suddenly realise Jordan's musical background and see him singing was as I say surprising, but he is not only a phenomenal actor but singer too. His raw, passionate portrayal of Jack was wholly engaging, while his voice only succeed in drawing the audience in further. His rendition of Santa Fe was unyielding in ferocity and emotion, his New York dialect flawless. It's pretty obvious why he was nominated for a Tony in 2012 for the role, just as it's obvious why Newsies itself won the Tony for Best Choreography that year.

Simply put, the show is flawless.

If you haven't seen Newsies I really do urge you to watch it if/when it comes out on download/DVD. A highly recommended 5* evening of pure entertainment.

As always, thanks for reading and do feel free to leave a comment below or @ me on Twitter! 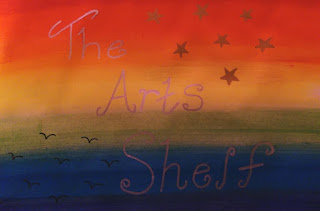