This first instalment focuses on my recent holiday aboard the new Royal Caribbean ship the Anthem of the Seas. The Anthem was a wonderful place to spend a very relaxing two weeks, but there were some bookish things I just had to share with you all.

First and foremost, Ignatius from Taran Matharu's Summoner series came along for the ride. Pictured here, little crochet Ignatius really enjoyed soaking up some of the Mediterranean sun. He is a salamander demon after all. 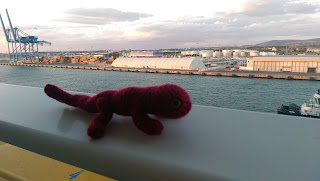 I also brought a good ten books with me, finishing three. Anna and the French Kiss was a perfect summer holiday read, while A Darker Shade of Magic was as riveting and spellbinding as I had imagined it to be. Taking Author Helen Maslin's advice I also read Daughter of Smoke and Bone, and I did not regret it! The twists and turns kept me gripped to every word in a roller coaster story that did not relent even on the final page.

The ship put to good use my arts knowledge with quizzes on everything from superheroes to musicals, but the best one of all was the Harry Potter quiz. With difficulty ranging from OWL to NEWT and no muggle technology allowed, it was certainly a tense but fun half hour. Here's Ignatius with our sheet. 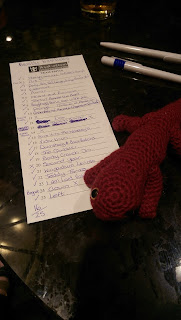 Cruise lines are known for vast quantities of delectable food and one of the things I love about Royal Caribbean in particular is its American delicacies. I bet you can guess what I found... 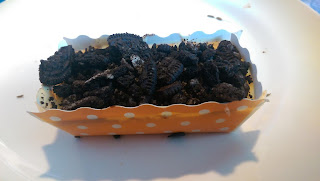 So many desserts. So many Oreos. From an ice cream topper to Oreo cheesecake (Above) Anthem of the Seas definitely had a Simon vs The Homosapiens Agenda feel going on.

The ship even featured some interesting artwork in its elevators and considering what I was reading at the time I found this one to be pretty awesome. 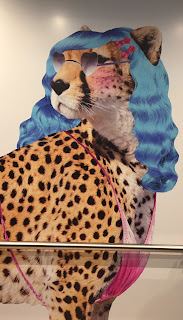 For two weeks this was Karou-Cheetah. Laini Taylor's awesome main character in a beast-aspect body, but still retaining the unnatural shing-given blue hair.

What holiday is complete though without a trip to a bookshop? I found a lovely gem in the winding streets of Cadiz, Spain. Although most of the books were in Spanish I couldn't resist buying a new version of one of my favourite books. The counterpart of Cassandra Clare's Clockwork Princess, Cazadores de Sombras: Los Origenes (The Mortal Instruments: The Origins); 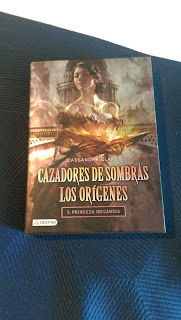 The final bookish reference I saw was on the way home, and it came in the form of this sign; 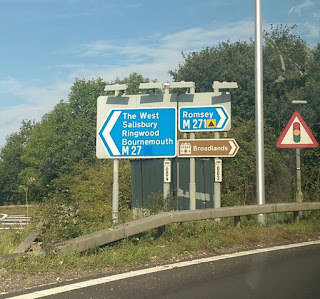 I've never been to Salisbury, but The Sin Eater's Daughter - written by none other than Melinda Salisbury - has been one of my favourite books of 2015.

So here you have the books and bookish references that were a part of my holiday. I hope you enjoyed it!

Next time I will be delving into the historic town of Liverpool with Keris Stainton's Counting Stars.